The riad ghita has a comfortable place in Fez and the Morocco concerning cultural tourism at the global level. Fez (Fez, Fez) comes in 29th place at the international level the number of visitors from the four corners of the world tourists. According to statistics of the tourism riads 'ryad' of the city of Fez (Fez, fez) are classified in second place after the Riad in Marakech and before the riad in Essaouira. The most visited places in the Morocco are Marrakech, Agadir, Casablanca, Fez, Tangier, Meknes, Essaouira, El Jadida, Rabat, Ouarzazate, Zagora, Valley of Todra, Cascades D'ouzoud, Dakhla, Tétouan, Saidia and Al Hoceima. FES or Fez is a city of the ancient imperial Morocco, located between the massif of the Rif and Middle Atlas. It was the capital of the country and is considered its spiritual capital these days. 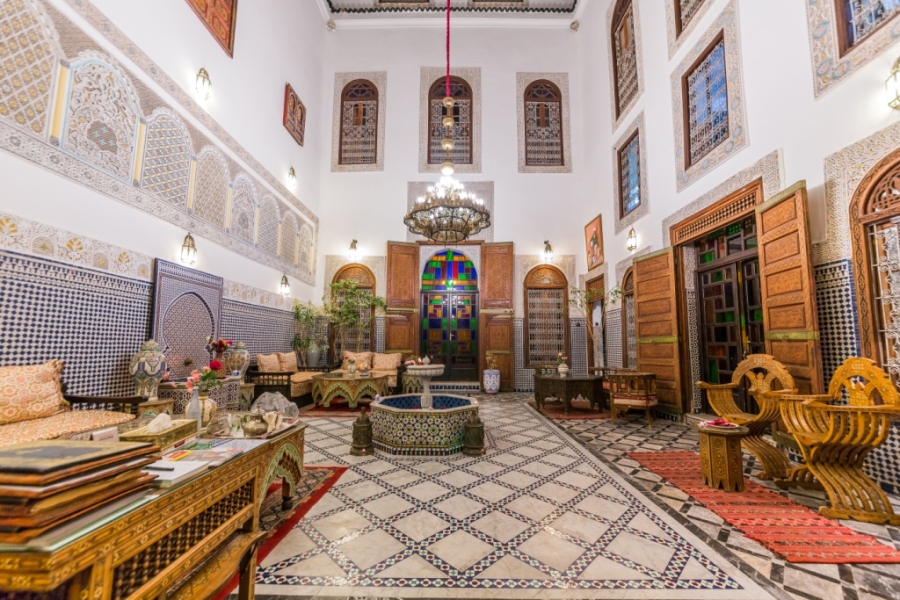 Fez spans three areas: the old town (medina), classified world heritage of UNESCO where located the riad ghita, the Royal enclosure and the new neighborhoods. The 'Medina Fez' city was founded in 789 at the location of the current headquarters of the Andalusians. Roti offers the riad ghita. Fez is located at particularly at the intersection of important trade routes, in the heart of a naturally generous region with valuable raw material for handicrafts (stone, wood, clay). This allows him to develop a rich aesthetic culture from the great tradition of art sells. These materials have helped build the «ryad» riads