About history of Riad in fes

riad ghita in Fes. The origin of the name Riad , Ryad or Riyadh is Arabic which means a green space or paradise located inside a large house of a traditional architectural form of the notables of Morocco,(house, hotel, restaurant, palace or guest house). The ryad usually consists of a floor with two cloisonne inside and surrounded by a wall, protected from heat and cold and noise, the riad is located in the center of the Medina of Fez near the monuments and picturesque places: royal palace, souks ...The rooms and suites on the ground floor of the riad (guest house) are organized around a patio which is a place of relaxation and rest inspired by Spanish architecture, the patios of ryad ghita Fez are air-conditioned with refreshing fountains and sometimes with pool or ornamented with plants. The living room, the dining room and some rooms and suites:Kenza and Radia, on the ground floor are open on the patio. 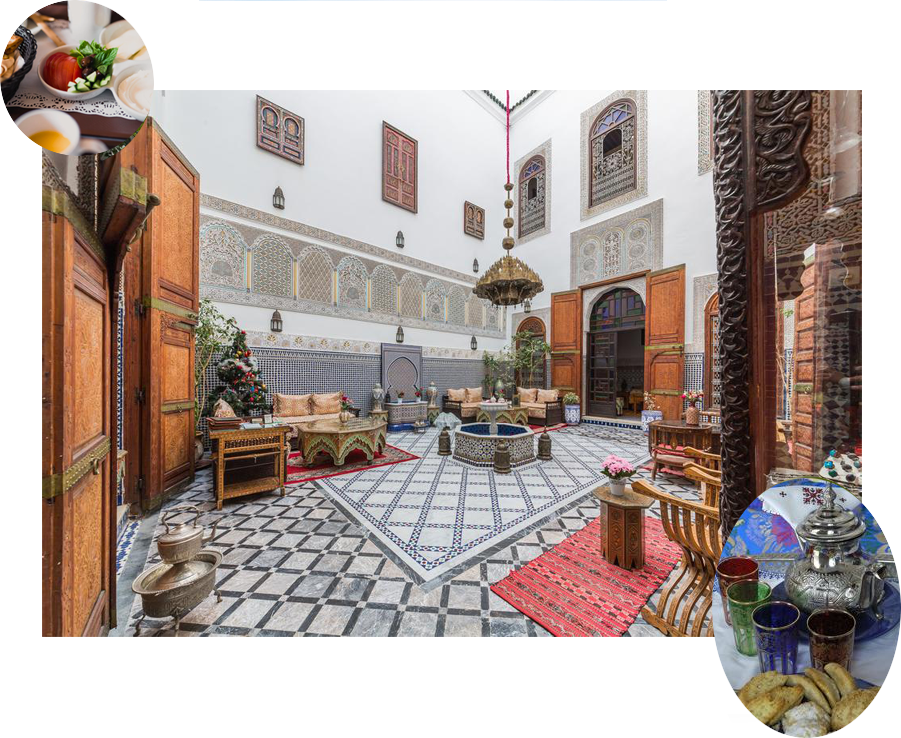 Les riads de Fes. This patio is equipped with a transparent roof retractable, according to the seasons and the weather, and arranged in terrace of full sky. The riad ghita in Fez is decorated with traditional elements, ancient Islamic architecture, Moorish and geometric figures in ceramic and Zelige, the decoration of riad to fezand including riad ghita (riad, riyad) in a traditional and luxurious way is very popular with tourism in Morocco as a guest house. Riad Ghita in Fes is a cultural and tourist treasure that goes back in time, it can be described as paradise in the center of the city of Fez.It constitutes a cultural heritage converted into a hotel for tourism development Numbers of riads are bought by foreigners and turned into a guest house, restaurant, second homes, but often transformed to meet the needs of the new buyer, While the riad ghita located in Fes has kept its originality and the artistic quality and the comfort of an original residence of notable. By extension of name in a cultural and tourist optics the riad ghita also means Villa riad, dar riad, kasbah riad, riad dar, etc. 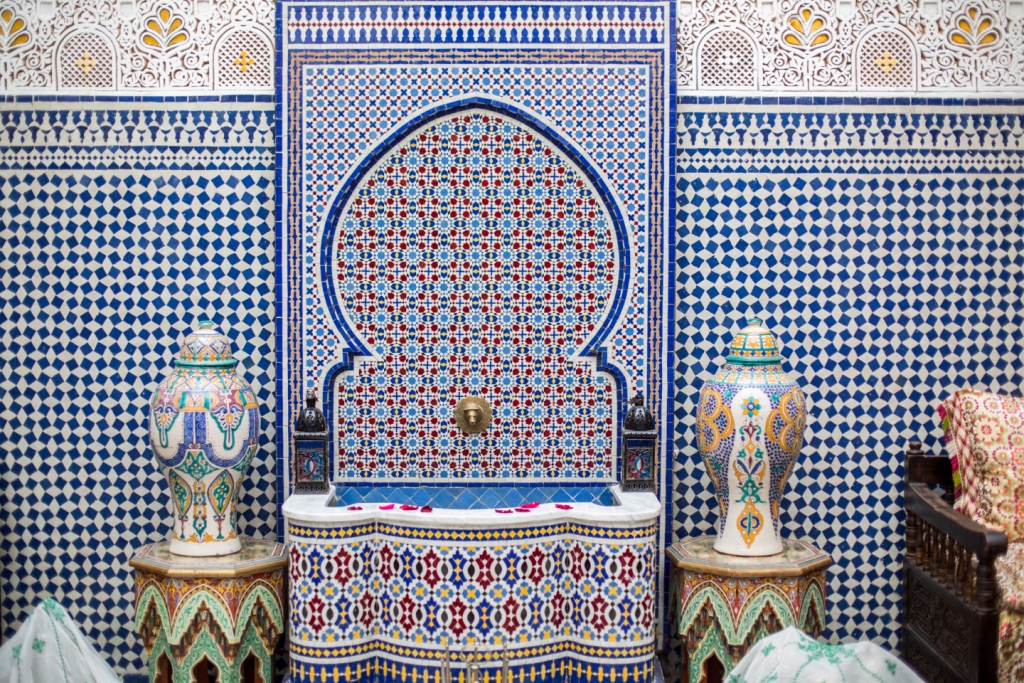 Fez The riad ghita occupies a comfortable place in fes and Morocco concerning cultural tourism at the World level. Fes (Fez, Fez) is the 29th largest international tourist destination in the world. According to tourism statistics the riads of the city of Fez (fez, fez) are ranked second after the riads in Marakech and before the riad in Essaouira. The most visited places in Morocco are : Marrakech, Agadir, Casablanca, Fez, Tangier, Meknes, Essaouira, El Jadida, Rabat, Ouarzazate, Zagora, Todra Valley, Ouzoud Waterfalls, Dakhla, Tetouan, Saidia and Al Hoceima. Fez is an ancient imperial city of Morocco, located between the Rif massif and the Middle Atlas. it was the capital of the country and is considered today as its spiritual capital. Fez is spread over three sectors: the ancient city (medina), listed as a UNESCOWorld Heritage site where the riad ghita, the royal enclosure and new districts. The city Medina Fes was founded in 789 on the site of the current district of Andalusia. The district is home to the riad ghita.

Make Yourself Comfortable in Any of Our Fully Air-conditioned Rooms